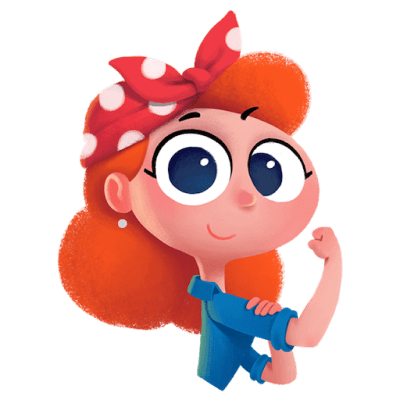 bigfatpigswithakingkong
AJ
My son is part of the IEP program where he receives extra help. (He has adhd) I feel torn that everyone agrees that he has to be taken out of the regular classroom of 30 kids and put into a special Ed class. My son really wants to stay in his classroom and even though I was told that I could fight against it and have rights as a parent, I don’t feel that is the case.

Almost every year since my son was in kindergarten, he keeps getting taken out of his classes and switched to another class. I feel like it is affecting him where he feels that he isn’t wanted like he feels somewhat abandoned in school. In kindergarten half way throughout the school year, he was taken out of his regular class and put into a special Ed class. Then he was taken out of the special Ed class and put back into a regular class for 1st grade. In 2nd grade the teachers wanted to put him in a special Ed class again and thank god the pandemic happened where he was able to finish his class without switching. 3rd grade he did remote for the whole time and stayed with his class but now 4th grade comes along and they want him to switch to special Ed class again. I get what they are saying that he may be able to concentrate more with a smaller group setting but I have a feeling if they switch his class that 5th grade he will probably have to switch again and 6th grade. I feel bad for him because he wants to stay the whole time with his classmates and teacher. My son is shy and it takes him a little while to adjust to everything. It just sucks that once he is used to being around everyone then he has to switch. 😩 I don’t know what to do.
5.8 месяцев

If this is a consistent pattern then I would do the opposite. I would advocate for him to stay in special Ed when they try to assign him to a mainstream classroom. Does he get services over the summer?

I wish someone told me that lol especially from the school. I hope I can fight to keep him with his class. He wants to stay with them until class is done the end of June. I know that if they force to put him in the other class that he will feel depressed about it. I tried to tell the IEP team all the concerns I had with him leaving the class but they kept telling me that the other class will be better for him and that he has to go to that other class. I just hope it won’t fall on death ears when I keep telling them that I want him to stay.

@wellabean0413, damn that is what I am afraid of if they vote against my decision. I kind of have a feeling that will happen because I was getting a no and disapproval of the idea of him staying in class when I mentioned it in the meeting. I didn’t even have a chance yet to start the process of countering their decision. So if they said no during the meeting, I feel that they will say no after. They kept saying the special Ed is the best option for him. I wish my son did better in school and paid more attention. It’s hard to fight for him when he isn’t doing his best. I told him you have to participate more, pay attention to the stories and stop day dreaming about a game or something else you like and focus on the topics in class. I also told him to stop getting bored and pay attention to the lessons. There are so many things he can turn around if he tries harder. He now wants to show them that he will change but I’m afraid it is too late for them since they are set for the other class. I’m gonna try to message his teacher today and see what she says. I’m crossing my fingers lol. 🤞🏻

@myargentinandmystomachhurts, I mean all kids daydream so if that’s their only reason I think that’s pretty stupid to put him in special Ed.

@wellabean0413, if he has to go to special Ed, I am hoping to see if he can start for the next grade instead of this grade. 🤞🏻

This is gonna be an unpopular opinion and I may get bashed for it, but I had an IEP in middle and highschool due to being in placements for my anxiety. At school, I was a normal kid though for the most part. In 8th grade they tried putting me in special Ed classes and I refused to go to school at all because it was embarrassing. They wanted to place me in the same classroom as the kids with intellectual disabilities etc. My mom was furious and fought the school board to do away with my IEP all together. In some cases I think IEP’s do more harm than they do good.

@myargentinandmystomachhurts, do you live in a small town? Sounds like some small town bullshit. The teachers are all best friends and gossip together about everyone’s kids and their parents. Spreads like wildfires. I’d be raising all types of hell

@wellabean0413, oh no he’s in 4th grade now. That first year was hell while I secretly still have hell seeing that parent till this day lol. I sometimes still feel like I don’t belong but I am glad that not all of the staff is like that. There are some really lovely teachers in the school so a part of me tries to stick around but if I have any big problems, I know that I can’t tell the principal anything because he won’t help me.

Some of the parents are really strange there. It is sad in a way that I didn’t make any friends there but I think it is for the best. Sometimes it’s better to try and have a private life. I live in the suburbs, so I feel like maybe people around here are more closed minded here and fit in like a click. I think that is probably the main issue otherwise it is a nice quiet neighborhood. I had another parent act very strange with me recently but I ignored her. Before the holidays, one day when I dropped my son off and said bye, I dropped something from my purse and picked it up, not knowing that another parent was behind me. She called me stupid and gave me a dirty look. Believe me more than anything I wanted to curse her out or ask her what her problem was but I took the high road because I figure I am not on a good list with the school. If I speak up against another parent even if I am trying to defend myself, I will look like the enemy in the eyes of the principal and school so they will already view me as problematic considered all the issues I went through, even though it was the school that gave me problems. That mom, something is a little off with her because 2 other times I’ve seen her, she seems to wait outside way after dropping her son off and starts to walk next to me when I drop my son off like if she is following me. I looked at her once like a wtf kind of look. I started leaving earlier recently just so I can avoid that mom. I’m not sure who she is but that is another one that is strange with me. Maybe she could be part of the parent teacher committee as well lol. Other than that everything has been ok for now. Just the problem I have to decide how I can have my son stay in his class if i am able to.

@myargentinandmystomachhurts, Well, I’d just call a meeting about it. If he’s doing good and he’s happy in the class he’s in, no need to move him. The teachers can get over it. You’re his mother so you ultimately get to make all the decisions. You’ve gotta stick to your guns or they’ll bulldoze you!! You know what’s best for your child! I remember after I had my oldest son in the hospital a nurse asked me if I wanted the vitamin K ointment in his eyes and I was like “I don’t know.. do I? You can make that decision” and she told me “this is your child. You make all the decisions and call all of the shots for the next 18 years” and oh how that’s stuck with me 😂😂😂😂🙏

You have to speak up. They legally cannot change his plan without you signing off on it. Your voice is just as important as everyone on his IEP team.

I tried that when I had a meeting with them recently and told them most of the reasons why I would want him to stay in his class and they didn’t agree with me. They said he has to switch.

The thing is they also said I have to write a paper explaining why I am against the idea of him changing within 10 days but they didn’t say that I can exactly fight it, I think with the letter would give me a chance for another meeting but not guarantee that he can stay in his class. I have to contact his teacher tomorrow and ask her what I can do? I’m just afraid when I do my part that I will hear a no. I also hope that if there is a small chance he can stay that there isn’t a chance of him getting left back. This is tough. 😩 Right now his class has 2 teachers and 2 para’s. The special Ed class will only have 1 teacher.

@myargentinandmystomachhurts, if you ask for an appeal, they cannot change his IEP until it has been looked over again which buys you some time. They may need you to write it out to have documentation. Everything needs to be documented.

@mswedes, thank you for letting me know. That sounds like a great idea. I’m gonna do that. 😃

If this is a consistent pattern then I would do the opposite. I would advocate for him to stay in special Ed when they try to assign him to a mainstream classroom. Does he get services over the summer?

No he never had services over the summer. I am actually thinking of doing that this year for him. Yeah they switch his classes too much. It is a lot with the whole back and forth. I feel so bad for him because I think they want to put him in the new class in 2 weeks and he is kind of freaking out about it. He really wants to stay in his class. I wish there was a way that they would let him stay in his class for the rest of the time and then put him in the special class for 5th grade but I don’t think they would do that. They really want to him to go to the other class now.