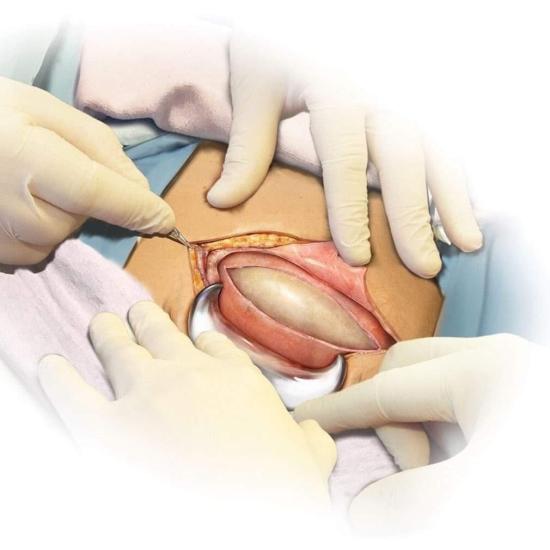 21 things you should know about a c-section..

1. Whether you felt fear, disappointment or even relief, when you're told you're having an emergency caesarean it's a big deal.

2. Birth plan out the window, it started to feel very real seeing your birth partner all gowned up.

3. You've never felt such a strong urge to move, as when they were putting in that spinal injection.

4. As if that’s not bad enough, you have to sign a declaration "Don't move or you might become paralysed" Totally terrifying!

5. You're then terrified the anaesthetic won't work and you’re going to feel them cut you open.

6. Then suddenly they are inside you and you didn’t even know. It's not terrible, although weirdly it felt a bit like they were doing the washing up.

7. Then came the shakes. No one mentioned that bit! You literally can't stop your arms moving.

8. Wow there was a lot of people in that very small room. Dignity was out the window.

9. Oh the pain! Being hit by a car pretty much sums it up.

10. The painkillers were good, but you certainly paid for it, if ever late taking them.

11. Why was everywhere soooooooo itchy.

12. That first walk to the bathroom felt like a marathon. But, so much pride when you completed that shuffle.

13. Then came the really weird wind bubbles, that actually hurt.

14. And a shower? seriously, you felt like you should of had a medal for getting through that first time.

15. Soft baggy joggers were your go to. Worn like Simon Cowell and on repeat for days.

16. You really didn't expect to still bleed so much.

17. The scariest thing of all though, was going for a poo!

18. Well that, or when the midwife asked to touch your scar.

19. The scar was talked about, but why did no one warn you about the tummy shelf you’re left with.

20. when they press on your stomach to see how much blood 🩸 comes out IT HURTS!!

♥️ POWER TO ALL YOU C-SECTION MOMMYS ♥️

Open in the app

You will be able to see all photos, comment and read other posts in the Mom.life app

— I'm so scared to have my last one since it's a higher risk.

— @netflix.and.momlife, it’s scary but everything will be ok Doctors and nurses will take good care of you and your little one

— you literally also feel the whole tugging, pushing and pulling when they’re taking the baby out. OUCH. you might be numb to the knife but you do definitely feel everything else. also i hated getting the shakes. 😣

— Ikr! It feels like people playing with your insides.. it's hard to explain

— This!!! For both of my mine, my husband was like “wtf” because as they were tugging and pulling, I was flipping and flopping every which way.

— Oh wow congrats never meet or seen anyone who had 4 kids back to back or 4 c sections back to back like me . How’s it going with the littles ? Did you tie your tubes ?

— @khoryswife21413 thankss (: it's definitely not easy 🥴 but I just get through it day by day. I'm still getting alot of help from hubby n my mum cos I'm still healing so I haven't done it on my own yet. Yes I tied my tubes.. no more for meee. Are you getting yours tied after this one?

— I just had my first and last. It’s the weirdest thing on the planet! And I’m still in a lot of pain and I’m almost 6 weeks out. They aren’t joking when they say take it easy. I’ve been doing way too much.

— @mrs.jay__x, they are both totally different experiences. With both I had scares. With my first natural while I was pushing her heart rate dropped from 160s to 70s in 5 seconds and everything was beeping and my doctor had to pull her out fast and the cord was wrapped around her neck twice. With my last he was over a month early and with the csection they pulled him out and then he was turning blue and they had to put oxygen on him and rush him to the NICU so I didn’t even get to see him for a couple of hours because they had to sew me up and I had to go to recovery. I was grateful that my last was a csection because I got my tubes tied while they were in there and I couldn’t have done that if I had a natural birth. Over all both ways are beautiful because in the end you have your precious baby that you’ve been carrying for months. The pain after was about the same for me since I had a 4th degree tear the first time. It was just in different places.

— @mommyto3crazies hmm interesting. So labour is hard either way 😅

— Yes!! I've had 4 and they are a bitch but glad my kids are healthy

— Tummy shelf is what drives me insane 😭😂 My stomach grew so much that there’s so much loose skin after 2 pregnancies. &’ when it hangs, it’s completely uneven 🤦🏻‍♀️

— Although I haven’t had a c-section hats off to the ladies that have!!!x

— Thanks for sharing this! I’m a C-section momma, and a lot of times I feel pretty invalidated by casual statements people make, both online and in real life. It was a scary and incredibly painful experience. Much love to all my fellow C-section moms! 💜💜

— 2 C sections over here .... we are lucky to have made it threw such a major surgery ladies

— I didnt feel a thing with mine and didnt get tummy shelf bc my doc did bikini line cut and it's basically dissapeared now. Really csection was no where near as bad as I thought. My doc said I could try vbac this time but if I do end up having to do c section I'm not worried about it like the first time.

— I give anyone credit for having more then one, my last was an emergency one and I went throw so much after it was scary and painful.

— I was having a planned csection but I ended up going into labor over a month early so that made my csection a lot more scary. He was my first and last c section.

— Was anyone else strapped in the surgery bed? My arms were strapped i couldnt even hold both my babies until i went into my room. When i had my emergency csection, i kept having panic attacks and being strapped was aweful!! &’ people just waited until i calmed down 😭

— Nope I was free to move my arms

— No just my legs we’re my arms were free

— My arms were strapped down also. I think it just depends on the hospital.

— I had 2 c-sections and I was scared both times, but made it through.

— Omg yes!!! I was terrified when they said c section and started crying hysterically

— It’s amazing. I felt my experience was unique, but this sums it up to a T! What was unique to me was during my spinal tap, they wanted this 5 foot buck fifty woman to hold me up while they put a needle in my spine. 😅 She did of course. After convincing me she was strong enough! 🤦🏻‍♀️😅